In one of his interviews, Mario Miranda was asked to describe Goa, and he said – “It is a land of Feni and harmony.” These words describe the soul of Goa. Today, with a history belonging to the Portuguese era Feni – adorning the crown as the ‘Heritage Spirit’ of Goa, is reviving and paving its way back.

With the onset of the pandemic, three days after the first batch of cashew apples arrived, the big distilleries in the state were shut. It halted, among other things, the production of alcohol. Feni, a heritage liquor of Goa, could not be distilled. Discussions with the state happened, divided on whether Feni and Urak, the liquid after the first distillation, were to be promoted as food products or alcohol.

This year, deeply missed by Goans, Feni made a befitting come back through Festivals and Wine & Cocktail events. Let’s take a rendezvous along with the soulful drink of Goa– Feni.

A BRIEF HISTORY OF FENI

Goa’s state drink Feni is made from cashew nuts. Feni derives its name from the Konkani word “froth”. It used to be consumed as a shot by the Goan working class. They juggled the foam between two coconut shells, mixing it well enough to get the desired kick. Later Feni made a comeback at Goan weddings as a more refined drink in a new avatar. The fermented fruit is put through three stages of distilling in earthen or copper pots, yielding three different drinks at each stage.

The history and the romance of the drink go back to the voyages the Portuguese took between their colonies, Goa and Brazil. In these long 16th century expeditions, the first cashew apple crossed choppy oceans to reach Goa from Brazil. The false fruit, which holds the cashew nut, was pulped into wine in South American and African countries. The village folk of North Goa went a step further by triple distilling the ferment, making it into a new version.

Feni somehow had been limited to Goan villagers’ late-night gatherings, friends gossiping at the village square, or a family brought together by music and food. Yet, it was and still remains an integral part of any feast or merriment that happens amidst the village folks.

Goa, at present, has an estimated 30,000 small distillers and six significant players in the Feni industry. Manufacturers produce over 100,000 litres in a season.

THE CONNOISSEURS OF FENI

For two generations, Cazulo has been taking great care in preserving the invaluable heritage by bottling only the finest Feni from Goa’s tiny yet beautiful state. In South Goa, this family-run enterprise Dona Maria is owned by Wilson and Melanie Vaz in Cuncolim. Today their three young sons, Clinton, Hansel and Donovan, continue the family heirloom forward, upholding the founder’s high standards.

Feni distillation is an intrinsic part of Goan culture. In the hilly villages, Christmas celebrations end with the frenetic activity of setting up the distilling facilities. Building makeshift huts for the process of distilling starts around the new year. The heavy stone crushers for pressing the fruit are set, and copper and terracotta pots for fermentation are arranged carefully.

Feni has a GI (geographical indication) tag, like champagne in France, awarded in 2009. With the onset of exotic liquors entering the Goa market and available in abundance, young Goans are taking charge as connoisseurs of Feni over other drinks. In allied culinary fields such as mixology, practitioners are also opening up to experimenting with Feni. For instance, the Firefly Goan Bistro Bar in Benaulim, South Goa, has over 30 feni-based cocktails that you can choose from their menu.

THE ’HERITAGE SPIRIT’ BOUNCES BACK WITH THE ‘SPIRIT’ OF GOA FESTIVAL

The ‘Spirit’ of Goa was back and rocked the grounds of D.B. Bandodkar Ground in Campal Panjim from April 29th to May 1st 2022. Goa Tourism has a record of putting up a fabulous three-day cultural show every time. The festival showcases the finest spirits crafted by Goa’s home-grown distilleries.

Apart from the sea and beaches, Goa has loads to offer, and this is a platform that demonstrates the various cultural aspects of the state. The prime reason for organising this fine fest is to bring out the true ‘Spirit’ of Goa through music, art and food, which is engraved in the hearts of Goans.

THE EXPLORATION OF FLAVOURS AND SOUND

The festival revolves around Goa’s coconut and cashew crops used in various products, cuisine, beverages and handicrafts. People enjoyed tasting some delectable cuisines with coconut and cashew as the key ingredient used in multiple ways. Experts showcased the live distilling process of cashew and coconut juice, also known as Urak. This festival also brought the art of brewing Feni from two of Goa’s favourite food ingredients: coconuts and cashew.

Apart from tasting the flavours of Goa, there were music and dance programs, another aspect that remains in the heart of Goans. The Audience heard some amazing everlasting Konkani and Portuguese classics and some contemporary English Latin mix styles and funky tunes.

The common thread cojoining this timeless country liquor for ages – Feni – has come a long way and now moving into the new century parallelly with other exotic and international liquor brands. With its definitive and organic flavour, mixologist and bartenders are experimenting and inventing unique and flavoursome cocktails. One can visit the well-known bars and pubs around to experience Goa’s exceptional and surreal ‘spirit’.

Tritha Sinha: The Raaga Rock Star
IffI 2021 - Welcome to IFFI 51
Swimming ban in Goa enforced! Why?
Helicopters in Goa to the rescue!
A helpline… for bad roads in Goa?!
Cutest tourist - German Shepherd, Maggie, explores Goa!
Beach Wear for the Goan Summer
Lost Culinary Heritage Of Goa
Bondla Zoo of Goa has made changes for a better experience
A new hack to increase crop in Goa?
IFFI Pays Tributes to Sir Sean Connery - the first James Bond on screen
'Spirit of Goa' Feni/ Food festival will be back!
The famous Serendipity Arts Festival will be back in Goa for the 5th time!
Coping with the “Reintegration Anxiety”
Goa's rivers/wetlands have 84 identified species!
Beer Batter Prawns
Potholes in Goa to be repaired by Jetpatchers?
Reinventing The Traditional Cuisines Of Goa
Unique and engaging stories create...
Girl-on-a-Cycle
Large handicraft market to come up in Panaji!
Juicy Mancurad mangoes of Goa are now more affordable!
Goa skies will have Venus and Jupiter "touching" each other soon!
MEDIA REGISTRATION FOR 52ND IFFI OPENS
IFFI 52 closes, raising a toast to the never-ending ...
Mango among ‘mango people’ - -The king of fruits in the sunshine state of Goa
Harley Santa Run
The Cross & The Tulsi
The 'Beer Bottle Project' of Goa - Find out why it matters...
India’s very first 360° Bollywood Lounge experience all set to launch in Goa
Tourist spots in Candolim get solar-powered streetlights
Iffi 2021- 9 Days of Film Extravaganza
Eight Down Toofaan Mail is not a film made with money, but with passion: Akriti Singh
The Cyber-Aroma of Goan Food
'Kalkokkho' is a portrayal of human...
Watersports activities in Goa are frozen?
Basilica of Bom Jesus at Old Goa will be closed for...
Kokum Juice: the humble Goan summer drink
Famous musician of Goa walks for 4 km against drug abuse
Air-gliding snake rescued at Keri!
Sea-bathing Therapy
They were called... the hippies
Enjoy Goa With Your Children
Have extra food? Donate it at the Calangute police stations!
Historic tower of St Lawrence Church in Sinquerim to be repaired
Cafe Bhonsle square in Panjim to finally be traffic free?!
Grand Hyatt Goa marks the beginning of the holiday festivities by lighting up the Christmas Tree
NFAI enriches its collection by adding 8...
Goicar, Goa’s No 1 Self Drive Car Rental Service
Stay Hydrated This Summer 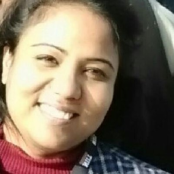 Author: Nidhi Lall
Nidhi Lall is a wordsmith with a passion for written word. She has worked in the field of advertising and marketing for about 15 years. She also has an inclination towards designs and visuals, and she knows how to give a face to written words. Mostly a solo explorer, Nidhi chooses to walk the unbeaten path. Nidhi is currently following her heart, working as a freelance content writer and digital media consultant with multi-clientele. She is also part of Planet Goa family, as a Content Contributor.